Is Sleep Deprivation affecting you? 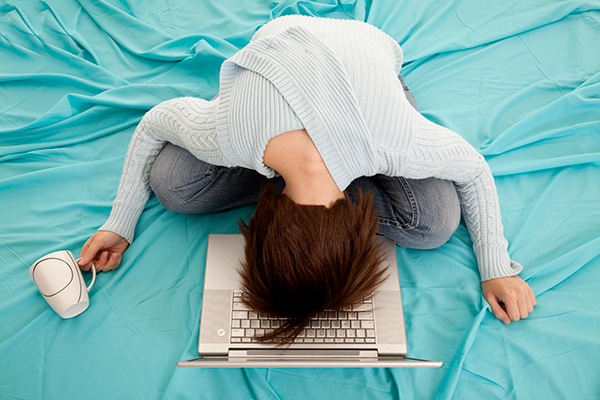 One-in-three Australians, from time-poor families to teenage “screen addicts”, do not get enough rest.

The epidemic of sleeplessness is responsible for road deaths (394 Australians die each year as a result of falling asleep at the wheel of a vehicle*), workplace accidents, loss of productivity, failure at school and life-threatening medical conditions ranging from depression to type 2 diabetes and heart disease.

In an exclusive report for The Saturday Telegraph, the Medibank Better Health Index reveals the “incidence of anxiety, depression and stress is twice as high among those suffering from sleep disorders”. It shows those affected by sleep disorders also have a higher body mass index than the general population and are found to be less likely to exercise.

“No matter what age you are fatigue and sleepiness can affect how well you think, react, work and get along with others,” Medibank medical adviser Dr Sue Abhary said.

“A major concern is people’s attitude towards sleep despite being aware they aren’t getting enough,” she said. “They say, ‘I’ll sleep when I’m dead’, because they have too many more important things to do.”

Growing numbers of sleep-deprived teens have been warned they are endangering their health by loading up on caffeine and sugar-laden energy drinks to stay awake.

If you are suffering from sleep deprivation, help is available. Call Mingara Medical on 02 4302 3333 to book an appointment.

Is Sleep Deprivation affecting you?

We are open Saturday!